Add anything here here or just remove it..
Northern Wasco County PUD  >  About Us  >  Where We Get Our Power

Where We Get Our Power

NWCPUD takes advantage of solar generation via panels located on our facility’s rooftop. 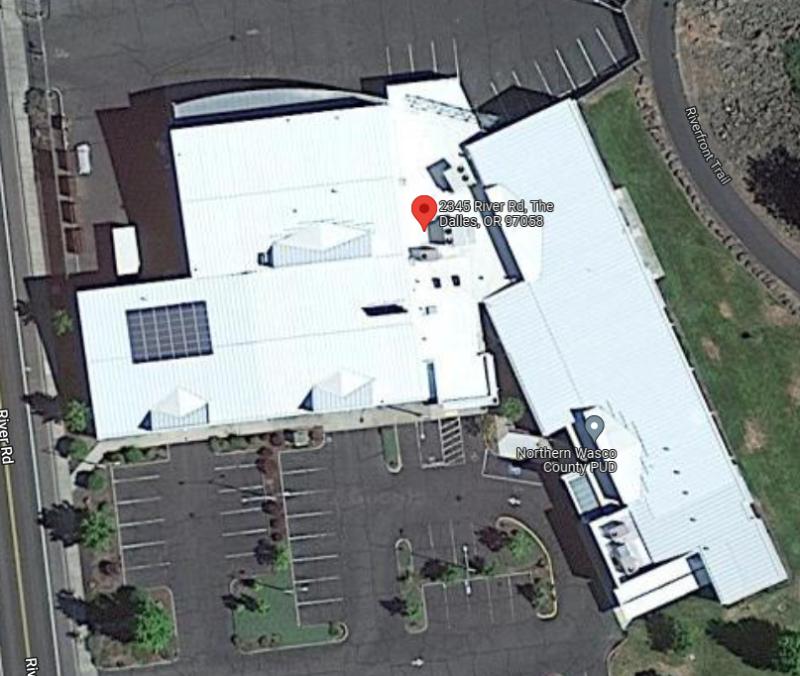 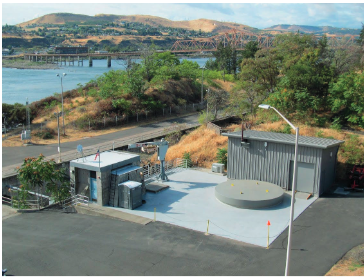 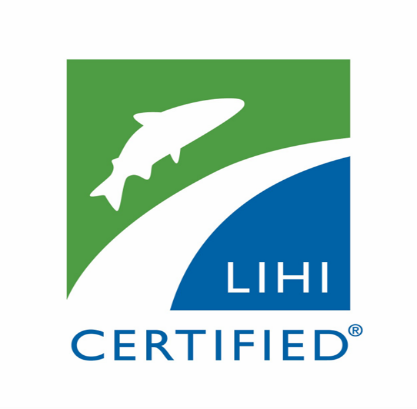 Northern Wasco County PUD’s The Dalles North Fishway Hydroelectric Project produced its first commercial power on May 28, 1991. The 5-megawatt generator uses attraction to water from The Dalles dam’s north fish ladder for power production. Water entering the plant is screened to prevent juvenile salmon or other small fish from entering the unit’s turbine. This protective measure permits the project to be eligible for Low Impact Hydroelectric Institute certification and Renewable Energy Credits.

The powerhouse has produced enough electricity to power about 4,000 average-sized homes per year. The power produced by The Dalles fishway plant is currently being sold to other regional entities. Revenues offset PUD customers’ electric rates and keep them lower.

The intake structure at McNary is located at the bottom of the dam and draws water from about 80 feet below the surface. The generator at McNary produces 10 megawatts of power, which is split equally with our partner, Klickitat County PUD. Northern Wasco’s portion of the power is transmitted to The Dalles and is used to serve utility customers.

The McNary plant generates enough electricity to serve about 3,800 average-size homes per year.

About 78 percent of the utility’s power comes from hydroelectricity —  And nearly all of the electricity consumed by PUD customers is either renewable or generated from sources that don’t use fossil fuels.

The chart below shows the breakdown in our “fuel mix,” or the type of power.  The nuclear power shown is energy the BPA purchases from the Columbia Generating Station in southeastern Washington and is part of the BPA’s overall mix of power resources. 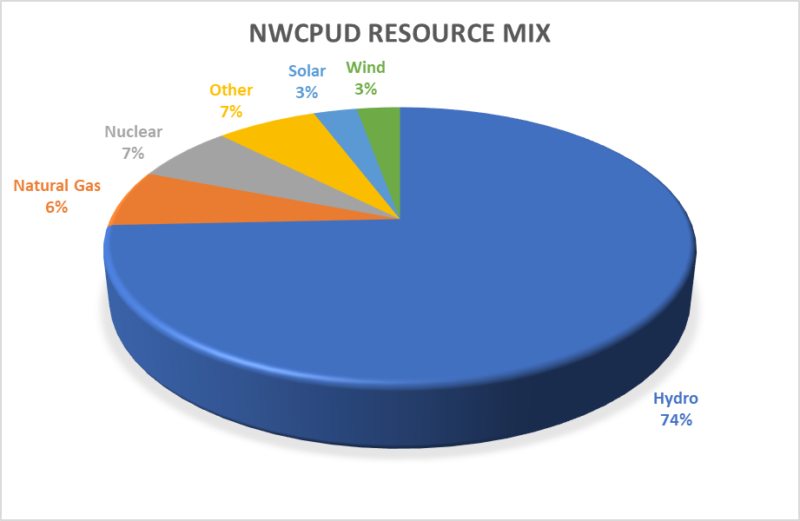