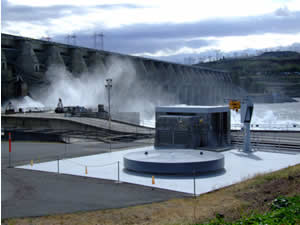 The powerhouse has produced enough electricity to power about 4,000 average-sized homes per year. The power produced by The Dalles fishway plant currently is being sold to other regional entities. Revenues are used to offset PUD customers’ electric rates and keep them lower. 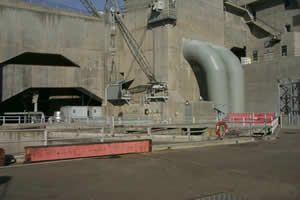 The intake structure at McNary is located at the bottom of the dam and draws water from about 80 feet below the surface. The generator at McNary produces 10 megawatt’s of power, which is split equally with our partner, Klickitat County PUD. Northern Wasco’s portion of the power is transmitted to The Dalles and is used to serve utility customers.

The McNary plant generates enough electricity to serve about 3,800 averaged-size homes per year.