Add anything here here or just remove it..
Northern Wasco County PUD  >  Carousel  >  The Ins and Outs of Power Poles

The Ins and Outs of Power Poles

Story and photos by Rodger Nichols

Have you ever wondered what the strange shapes on and near power poles are?

Even though Northern Wasco County PUD owns and maintains the poles, not everything on a pole belongs to the PUD. Some items belong to phone and internet providers.

The first poles to sprout in The Dalles weren’t power poles. Oregon Steam Navigation Co., founded in 1860, built a major telegraph project that connected Portland to The Dalles in 1873.

Electricity first came to The Dalles in July 1888, when the private The Dalles Electric Light Co. built a wood-burning power generation plant at Seventh and Union streets.

The first telephone line in The Dalles connected the Umatilla House hotel to The Dalles fire department and the department’s shops. It was installed in 1891. Several other individual lines were installed, but the town didn’t get an interconnected system with multiple users until 1894.

Cable TV came to The Dalles in 1954. It was the second system in the state behind a system in Astoria that was the first in the nation. 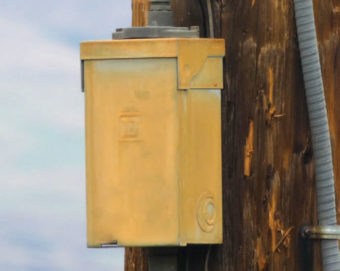 The yellow box contains a circuit breaker, which protects the electrical circuit of the signal booster on the same pole. 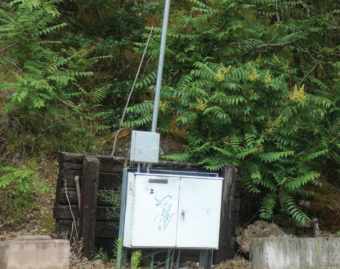 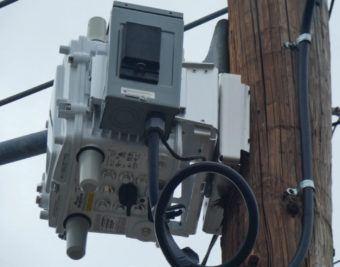 A city of The Dalles service control panel regulates the water levels along a fault line. 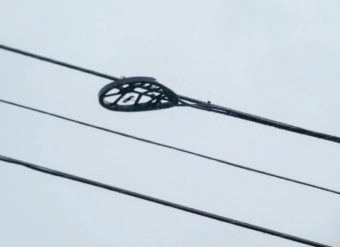 What looks like a snowshoe is a device that holds an additional line to allow a technician to lower the segment to the ground so the technician can splice in a new service. 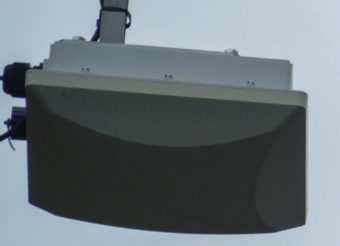 A city of The Dalles Wi-Fi antenna provides free Wi-Fi, mostly in downtown The Dalles. 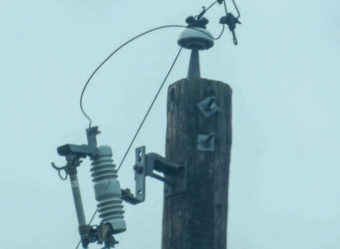 A fuse cutout is a combination of a fuse and a switch, used in primary overhead feeder lines and taps to protect distribution transformers from current surges and overloads.

When the PUD asks you not to attach anything to a power pole, it is not just trying to avoid a bunch of visually tacky notices. There is a real safety concern.

Staples, nails, or tacks used to attach a flyer to a pole can remain embedded even after the flyer is removed. Those remnants can be dangerous to a lineman climbing the pole with his spiked boots.

And yes, linemen still climb poles. There are many places inaccessible to bucket lifts.