Add anything here here or just remove it..
Northern Wasco County PUD  >  Carousel  >  Who, Watt, Where, Why and When

Who, Watt, Where, Why and When

The discovery of electricity and the development of terms to describe its aspects came late in the game scientifically. Many of those terms are named after early scientists and experimenters in the field.

Other, older units of measurement are not named after people. There was no Ebenezer Mile or Abner Quart to be honored with those designations, but four European experimenters gave their names to the electrical units watt, ampere, volt, and ohm.

They were not the only ones. Seven others gave their names to more esoteric measurements: the coulomb, farad, henry, siemens, joule, biot, and debye. 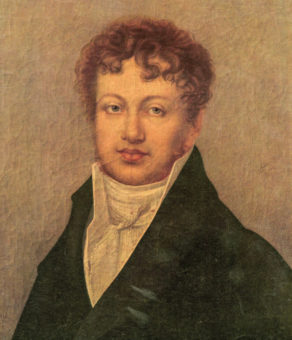 When we talk about someone or something being “amped up,” we’re referencing André-Marie Ampère (1775-1836), who was born into wealth in France, though that came with disadvantages. His father was guillotined by revolutionaries in 1793, when young Ampère was just 18. He was not formally trained, but his father had encouraged him to study on his own and he began teaching himself advanced mathematics at age 12.

Although Ampère had no formal qualifications, he became a full professor of mathematics at the École Polytechnique and the Collège de France, and was a member of the French Academy of Sciences. He was one of the founders of the science of classical electromagnetism, which he referred to as electrodynamics. He devised Ampere’s Law, an equation connecting the size of a magnetic field to the electric current that produces it.

The 1881 International Exposition of Electricity established the ampere as a standard unit of electrical measurement as the rate of electron flow or current in an electrical conductor. The formal definition of ampere is “one coulomb of electrical charge moving past a specific point in one second.” Recursively, a coulomb is defined as “the charge carried by one ampere during one second.”

Fun facts: Ampère also proposed the existence of a particle known as the electron and discovered the element flourine. 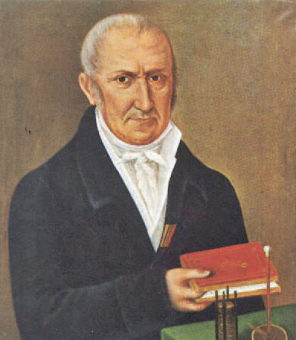 Alessandro Giuseppe Antonio Anastasio Volta (1745-1827) of Italy gave his name to the volt. He developed the first primitive battery, the voltaic pile, in 1799. He showed electricity could be generated chemically, which debunked the theory of the time that electricity was generated solely by living beings.

Among Volta’s many achievements, he perfected a way to generate static electricity—the phenomenon best known today by rubbing a balloon in a child’s hair.

One volt is defined as the difference in electric potential between two points of a conducting wire when an electric current of one ampere dissipates one watt of power between those points.

Fun facts: Volta did not speak until he was 4 years old. Despite his delayed speech, Volta became fluent in Italian, German, Latin, French, and English. One of Volta’s admirers was Napoleon Bonaparte, who made Volta a count. 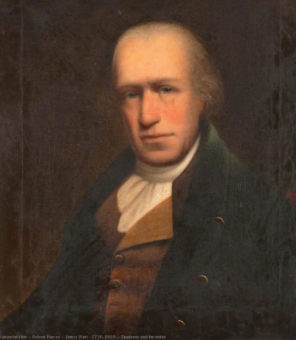 James Watt (1736-1819) of Scotland, whose last name appears on every lightbulb, started his career at age 23 in partnership with John Craig, an architect, and businessman. The company manufactured and sold several products, including musical instruments and toys, and lasted into the 20th century.

Watt was interested in steam engines and dramatically improved their efficiency by adding a separate condensing chamber. A further refinement allowed his steam engine to deliver rotary power, which greatly broadened its usefulness. He developed the unit of horsepower to compare the output of the steam engines with that of draft horses.

In electrical terms, the watt was initially defined as “the power conveyed by a current of one ampere through the difference of potential of one volt.”

Power is a rate, much like speed is a rate. For example, mph tells you how far you have traveled for a given amount of time. A watt shows how much energy is spent or transferred with respect to time.

Fun facts: Watt, a private person, turned down a knighthood. A few years after he died, the public paid for a statue of him to be erected in Westminster Abbey. 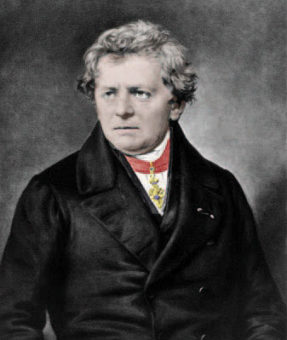 Georg Simon Ohm (1789-1854), a German physicist and mathematician, was intrigued by Volta’s voltaic pile. He found there is a direct proportional relationship between the potential difference (voltage) applied across a conductor and the resultant electric current. This relationship is known as Ohm’s Law: voltage is the result of amperes x resistance. It is written as V= IR, where V is voltage, and R is resistance. “I” is used for amperage because it stands for “intensité du courant” (current intensity), as used by Ampère.

As a unit of resistance, the ohm was defined as expressing the resistance in a circuit transmitting a current of one ampere when subjected to a potential difference of one volt.

Fun facts: Ohm also worked on the principles of acoustics and wrote a textbook on geometry